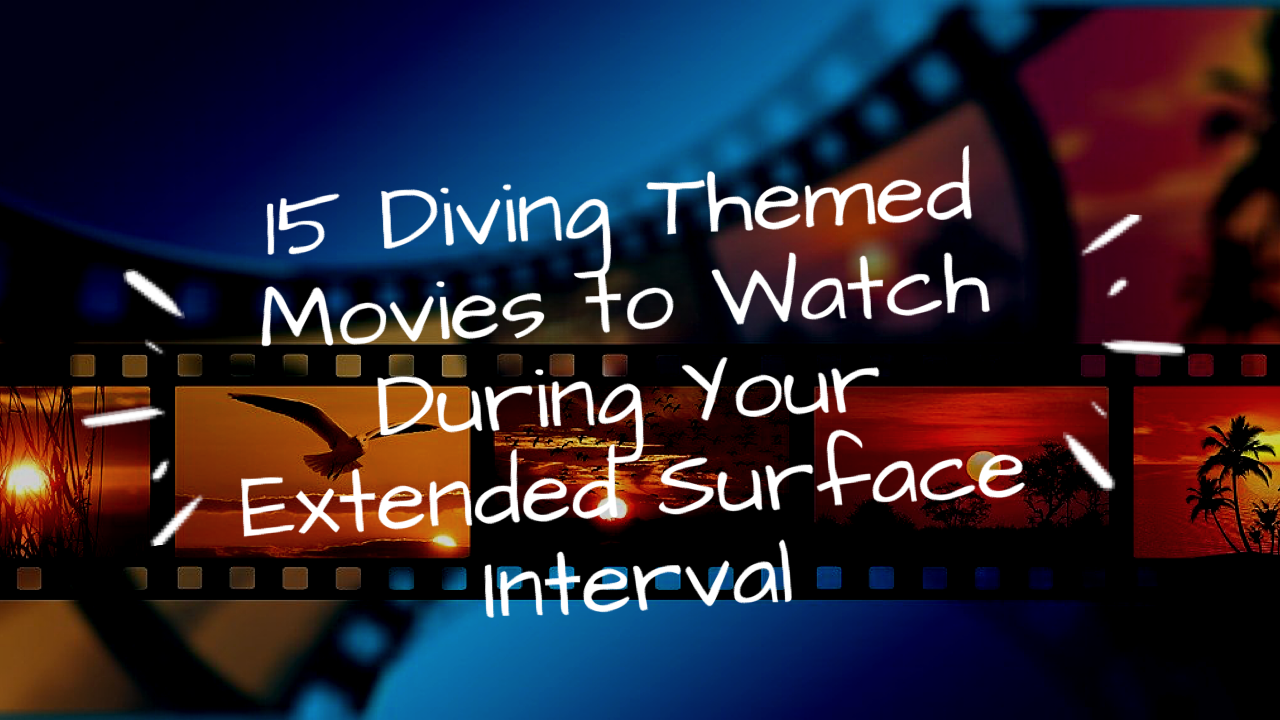 Diving themed movies can help fill the gap between dives when you want to be in the water but for one reason or another, it’s going to be awhile before you’re wearing scuba gear again.

Welcome to the extended surface interval – please prepare your popcorn and get comfortable.

Before we go any further, “diving-related” is a bit of a loose term at times…

To make it easier for you to decide what to watch, there is a link to the trailer for each and we’ve grouped movies according to our own genres –

Enjoy and hope to see you back underwater again soon!

1. Non-existent big ocean creatures or spaceships that may or may not really exist / the story itself is unbelievable

A lost nuclear submarine, a civilian diving team and dangerous underwater aliens.
From the mind of James Cameron.
Adventure, Drama, Mystery.
Trailer – includes some behind the scenes footage

The Life Aquatic with Steve Zissou (2004)

An oceanographer’s partner is killed by a mythical shark so of course he has to have revenge with a motley crew including his almost ex-wife, a guy who is possibly his son (or is he?) and a journalist. It’s no surprise it is a Bill Murray movie!
Also has Owen Wilson, Anjelica Houston and Cate Blanchett.
Directed by Wes Anderson.
Action, adventure, comedy
Trailer

Two holidaying sisters trapped in a cage 47 metres under the sea with less than an hour of oxygen and sharks circling. Watch with other divers purely for the diving related inaccuracies and discuss. Pretty good soundtrack.
Adventure, drama, horror.
Trailer 1 and Trailer 2 because one isn’t enough!

The Marianas Trench is still being explored and now the largest marine predator that has ever existed has been discovered there. What will the scientists do? What will the Megalodon do?
It’s an Action, Horror, Sci-fi film so not too hard to guess…
Trailer

A shipwreck and the possibility of undiscovered treasure – the race between two scuba divers and some pirates is on!
You’ll need to hunt to find a copy of this one somewhere.
Adventure, drama
Trailer

Stolen nuclear warheads, the Bahamas and James Bond. Of course there is diving!
This is a Sean Connery Bond Film.
Action, adventure, thriller
Trailer

Two free divers who have known each other forever have become rivals and it gets dangerous. Amazing scenery and cinematography. And yes, there is a woman involved too. This movie has quite a bit of a following and it’s easy to see why…
Adventure, drama
Trailer

An almost inaccessible cave system, a cave diving team that would like to be one of the few to explore it and a life threatening crisis.
Another James Cameron film.
Adventure, drama, thriller
Trailer

A priceless treasure from 1715 and a clue to finding it. Is this enough to save the marriage of Matthew McConaughey’s character and Kate Hudson’s?
Action, adventure, comedy
Trailer

A diver captures Nemo and transports him to Sydney so his Dad is forced to confront his fears, meet other sea creatures (ahhh the turtles…) and explores the deep blue sea to rescue him.
Animation, Adventure, Comedy
Trailer

4. Based on a true story

The first African-American US Navy Diver and the guy who trained him. “Diving is the most dangerous job in the navy”.
Star cast including Cuba Gooding Jr, Robert De Niro, Charlize Theron and Aunjanue Ellis.
Biography, drama
Trailer

Most divers’ nightmare – when a dive boat leaves shark-infested waters without two of their divers.
Adventure, drama, horror
Trailer

We’re expecting  to add Avatar 2 to this list once it’s available online as one of the crew has already said it is the “most significant diving movie ever made” and James Cameron does seem to enjoy making underwater movies. 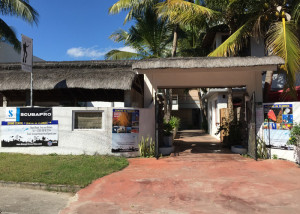